“I wanted to come to the Belgian Embassy in France with Foreign Minister Jean-Marc Ayrault to express, on behalf of the whole of France, our solidarity with the Belgian people; we have the victims and their families and close friends in our thoughts.
Last year it was Paris. Today it’s Brussels. They’re the same attacks. They’re terrorists. They’re people who want to wage war against our freedoms, democracy and what we represent.
We’re asking the whole of Europe to be fully conscious of the fact that through what happened today in Brussels, Europe is the target – what it represents, its values and principles. We must coordinate our efforts even further, promote an even stronger policy as regards intelligence and counter-terrorism, and shoulder all our responsibilities.
France, which itself has suffered, is doing its bit. But we’ll succeed only if we’re united. United, we’ll triumph. We’ll triumph against terrorism.
We also have to make sure we involve every country in this battle, all those which are also stricken—I’m thinking of the Maghreb, Tunisia, I’m thinking of Africa, I’m thinking too of what’s happening in the Middle East. This is all caused by the same thing: Islamist fundamentalist terrorism, which seeks to destabilize regions and countries. So we’ve got to act, act together, fight the causes and fight these terrorists too.
This is what France is doing. Belgium has always supported it. So today France stands alongside the Belgian people at this extremely difficult time, fully supporting it, with our deepest affection and warmest friendship.
Paris – March 22, 2016(Source –French Embassy in Washington DC) 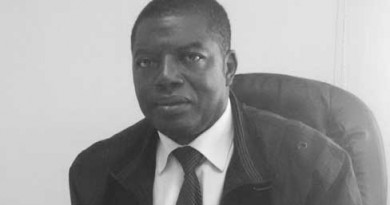